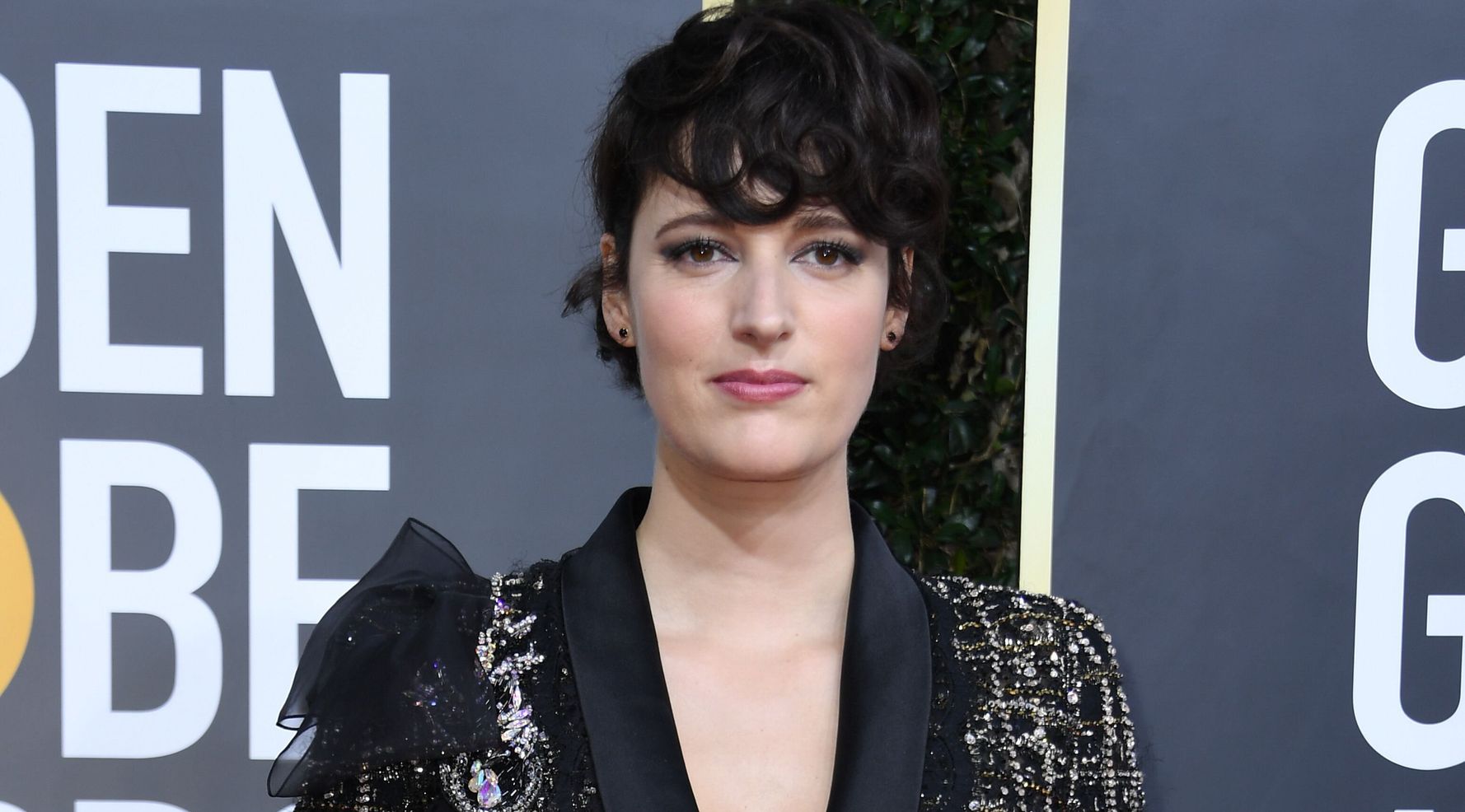 All eyes were on Phoebe Waller-Bridge last weekend when she accepted her Golden Globe for “Fleabag” while rocking a sexy suit made out of silk and chantilly lace.

Soon, one lucky bidder will be the owner of that suit.

Earlier this week, the British actor vowed to auction off the ensemble, created by designers Tamara Ralph and Michael Russo, to help those devastated by the Australian wildfires. On Thursday, she kept true to her word, unveiling an auction listing for the suit on eBay.

“I’m very excited that this stunning, one of a kind, couture tuxedo created by Australian geniuses Ralph & Russo will continue its journey by contributing to this urgent cause,” Waller-Bridge said in an email statement. “If money raised by its auction can help raise funds to fight the disaster in Australia, the future impact of this suit will be far greater than the luck it brought me and the ‘Fleabag’ team at the Golden Globes last weekend.”

“To add to its allure… I spent most of the night brushing it past and rubbing it up against all the sparkly people I could find,” she continued. “These threads are laced with legends!” 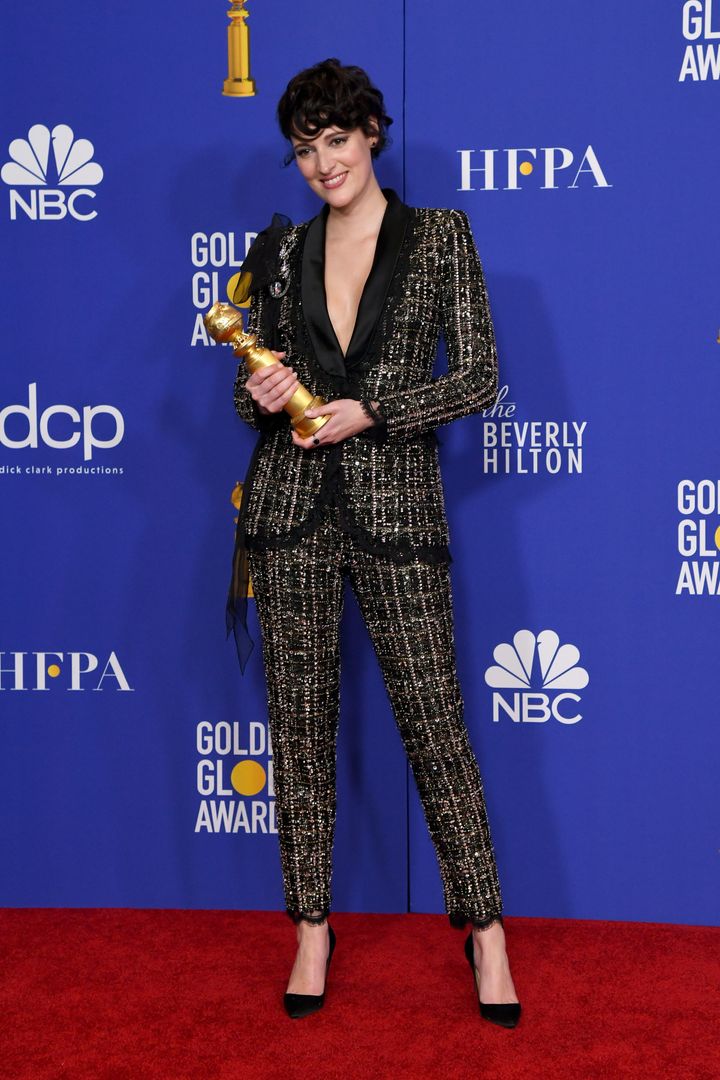 During the 2020 Golden Globes ceremony last Sunday, Waller-Bridge mingled with the likes of Olivia Coleman, Tom Hanks and Elton John ― not to mention the “hot priest” of “Fleabag” himself, Andrew Scott.

As of Friday afternoon, the starting bid for the suit was listed at $77,000 Australian dollars, or about $54,000 in U.S. dollars. The auction will continue through Jan. 20.

In a statement, Ralph and Russo said they were “delighted to stand next to Phoebe to support relief efforts with this special auction.”

“Being both from Australia originally and with much of our family still residents across the region, it is with a heavy heart that we watch and hear the news of the terrible fires currently engulfing such large areas of our homeland,” they wrote. “We continue to keep our beautiful home country in our thoughts, and hope that alongside our own contribution, the donations and support being rallied worldwide will improve the situation significantly, and soon.” 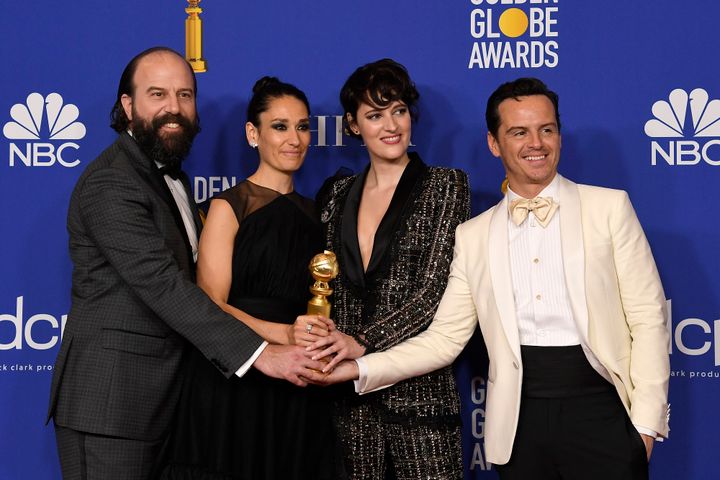 The wildfires, which began in September during a record-breaking heat wave, have thus far scorched about 15.6 million acres of land. At least 27 people, including four firefighters, have died as a result of the deadly blaze, according to the BBC.

Russell Crowe, a New Zealand native who has lived in Australia for most of his life, won a Golden Globe last week for his performance in “The Loudest Voice” but was absent from the ceremony because of the fires. Other stars, including Ellen DeGeneres, Nicole Kidman (an Australian) and Joaquin Phoenix, addressed the tragedy either from the red carpet or in acceptance speeches.

Is running associated with a lower risk of all-cause, cardiovascular and cancer mortality, and is the more the better? A systematic review and meta-analysis

Two popes — one retired, one reigning — cause a furor

What is Assertiveness and Why be Assertive?

My wife doesn’t want to have sex. What do I do?

How To Videos | Lexus Drivers

Why do we have leap year?

Iran Is Expected to Announce Cause of Ukrainian Jet Crash

admin - January 11, 2020 0
The announcement comes as American and allied intelligence assessments have suggested that Iranian missiles brought down the plane, most likely by accident. Members of the Iranian community in Montreal held a candlelight vigil for the victims of the crash.Credit...Andrej Ivanov/The Canadian Press, via Associated PressJan. 10, 2020Updated 9:37 p.m. ETIranian officials plan to meet with…