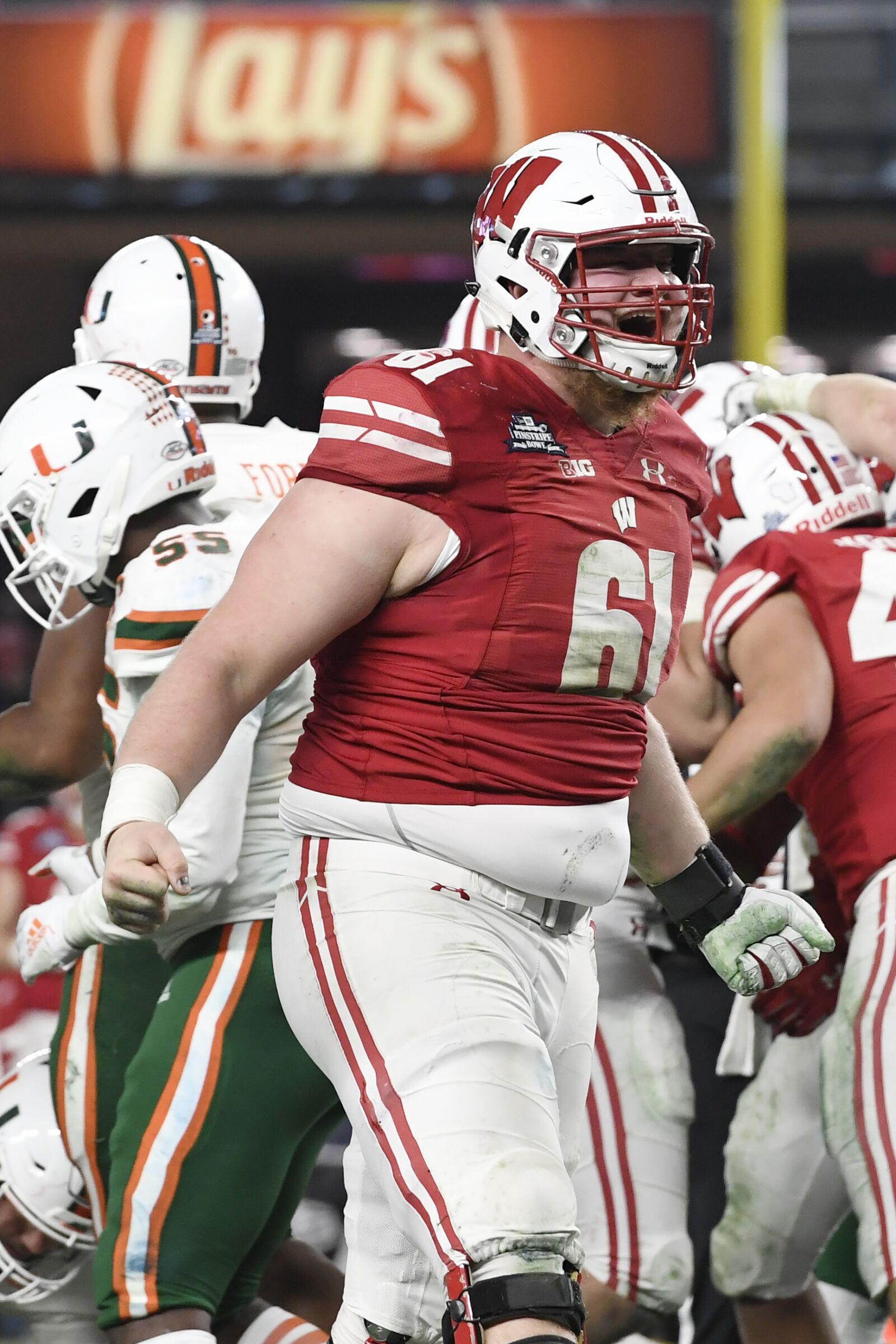 With just a few games left in the college football season, let’s take a look ahead to see where Wisconsin Football star Tyler Biadasz is going in some recent mock drafts.

While Jonathan Taylor gets a majority of the attention when it comes to the Wisconsin Football program – and it’s well deserved – the first Badger selected in next year’s NFL draft will very likely be Center, Tyler Biadasz. Just as they do at the running back position, Wisconsin has a strong history of producing high-caliber NFL offensive linemen and Biadasz appears to be next in line.

Biadasz has 27 starts over the last two seasons along with the 10 games that Wisconsin has played in 2019. Although it’s not always easy to measure the success of the offensive line, one metric is looking at the success of the running game in which Taylor has broken multiple NCAA rushing records and is one of – if not the – best running back in the country.

At this point, Biadasz is all but a lock to be a first round selection come April, so let’s take a look at where the experts have him going in some recent mock drafts.

“Kansas City saw what happens to your generational QB when you don’t protect them, they won’t let that happen again.

Biadasz is the best interior OL prospect in this class and the perfect guy to help lead Mahomes’ offensive line for years to come. He’s an experienced player that’s made 27 starts over his first two seasons.”

“The Titans’ O-line ranks 24th in run blocking and 31st in pass blocking, according to Football Outsiders, and the interior line needs reinforcements for whomever ends up under center in 2020. Biadasz has few flaws and would’ve probably been a first-rounder if he declared for the 2019 draft.”

“Biadasz is a game-changing interior blocker that comes with the coveted Wisconsin pedigree that Miami likes to top into. He offers incredible play strength, mobility and football intelligence that destins him for a career littered with Pro Bowl Honors.”

“It turns out the Chiefs aren’t as invincible as many thought they would be this season. Though they could stand to pick up talent at cornerback, with the board falling like this, Biadasz would be a fantastic grab for them. He’d be a plug-and-play starter on the interior.”

“The Minnesota Vikings offense is vastly improved with a healthy Dalvin Cook at running back and the addition of Gary Kubiak as offensive advisor. That has helped cover up an offensive line that still needs help.

Wisconsin’s Tyler Biadasz is the best interior run-blocker in the nation and has the skill set to play both guard spots and center. He’s a mean mauler at the point of attack and has excelled at getting to the second level to block linebackers. That points to a good transition to a zone-blocking scheme like the one run in Minnesota.

Depending on what the Vikings do in free agency, they could be looking at secondary pieces here instead. But for now, interior offensive line is once again a focal point.”

“If there’s not a quarterback worth taking here, the Titans should set their sights on improving the interior of their offensive line instead. Biadasz is one of the most polished, experienced prospects in this entire class, and would anchor this unit for years to come.”

What is a Function

How to Invest in Singapore REITs 2019

What are extensions? – Google Chrome