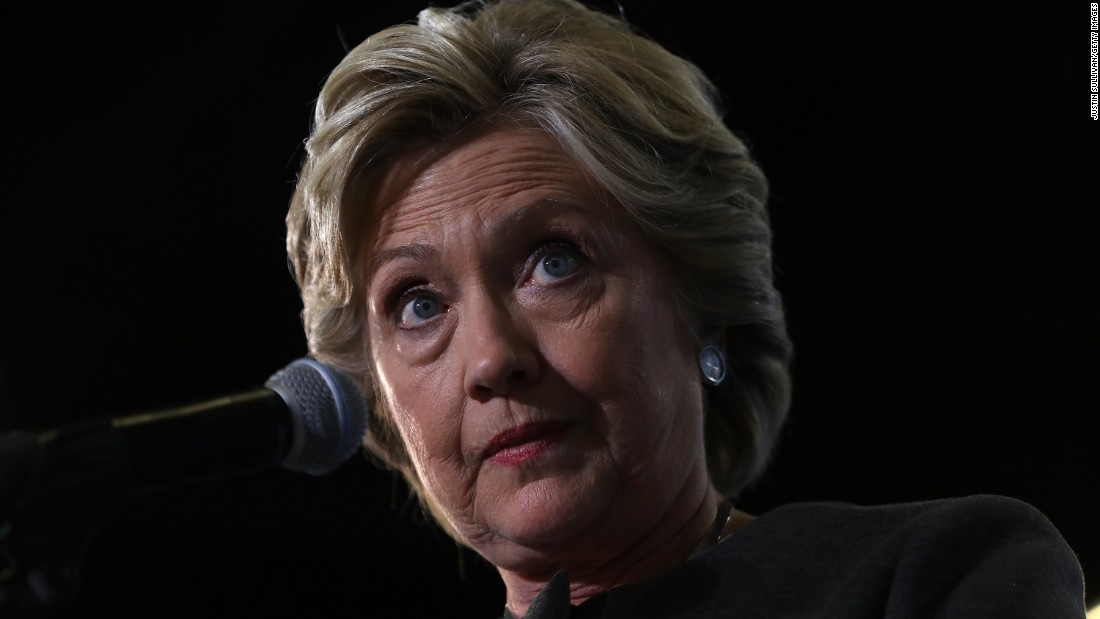 (CNN)Hillary Clinton is no fan of Bernie Sanders.

While anyone who watched the 2016 primary fight between the two could have probably figured that out, Clinton left zero doubt about her feelings for the Vermont senator in an

with The Hollywood Reporter in advance of a forthcoming Hulu documentary about her life.

“He was in Congress for years,” Clinton said of Sanders in the documentary. “He had one senator support him. Nobody likes him, nobody wants to work with him, he got nothing done. He was a career politician. It’s all just baloney and I feel so bad that people got sucked into it.”

Whoa boy! Tell us how you really feel, Hillary!

This truth-telling by Clinton will draw huge headlines. And that is very, very good news for Bernie Sanders.

Here’s why: Sanders is running this 2020 presidential campaign (as he did the 2016 campaign) on a simple premise: the powerful have been sitting comfortably for way too long and it’s time to shake things up. Sanders was vilifying the elites and the political establishment (of both parties) long before Donald Trump even started considering running for president.

This is who Sanders is; it’s who he has always been. It’s at the core of why people support him and why he has been able to build a movement around his back-to-back presidential candidacies.

Guess who, for lots and lots of Sanders supporters (and even other Democrats who don’t support him) epitomizes that elite establishment? The Clintons! Hillary Clinton’s friendliness with Wall Street and well-heeled donors always irked Sanders and his backers during the 2016 campaign, although, with very few exceptions, he rarely attacked her over it. (And there were ample chances for Sanders to attack. One example:

even after it was clear she was going to run for president in 2016.)

For Clinton to attack Sanders as friendless and ineffective then — and to do so with the Iowa caucuses just 13 days away — affirms to Sanders backers that everything he has been running against within the Democratic Party is still out there, and still doesn’t like him. That it is coming from Clinton, who not only represents the dynastic streak within Democratic politics that many within the grassroots reject, but who also lost what everyone assumed to be a sure thing victory over Trump in 2016, makes this all even more powerful for Sanders.

The likely reaction from Sanders world will be righteous anger. See, this is what we’re fighting against! The establishment is afraid of Bernie! They are attacking him because they can’t control him!

And in terms of activating emotions that can turn out voters, man, righteous anger is right at the top of the list. If ever the Sanders loyalists needed motivation to stick it to the establishment, which has taken the form, in this race, of Joe Biden, then they got it and more with this Clinton interview.

“Look, look, Secretary Clinton is entitled to her point of view,” Sanders said Tuesday of Clinton’s comments. “My job today is to focus on the impeachment trial. My job today is to put together a team that can defeat the most dangerous president in the history of the United States.”

In truth, the Vermont senator should send Clinton a thank you note for her well-timed attack on him.

Why Today’s Date Is Special

Why Eigg Is the Greenest Island in The World

How to Hard Reset Wireless Router

Why Life Does Not Really Exist

Why A Nine-Year Prison Sentence For Roger Stone Is Insane

A Statement of Purpose is ..

So THIS Is Why You Have To Poop So Much During...

admin - January 18, 2020 0
There are tons of kinda gross things that happen during your period that can make you curse being a girl — at least for a day or two. One of those involves running to the bathroom way more than normal, and that might make you feel pretty icky. But there's a reason you poop more…