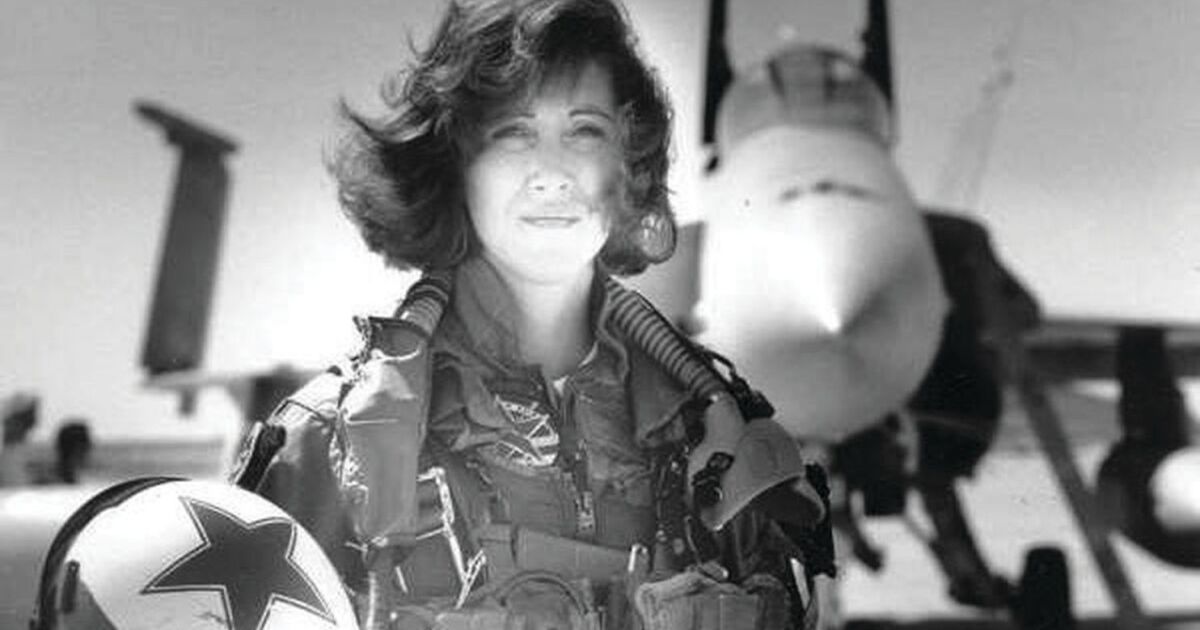 The icy calm Navy veteran, who told air traffic control “we have part of the aircraft missing, so we’re going to need to slow down a bit” while her plane limped along with an exploded engine and a blown-out window, comes from the last big generation of military-trained pilots.

The pipeline that brought Shults and fellow fighter pilot/media obsession Chesley “Sully” Sullenberger into the cockpit of commercial airlines is drying up.

Thanks to rising commercial demand and changes in how the military recruits and retains its pilots, a third of private-sector U.S. pilots have military backgrounds. That’s down from more than 80% in the 1960s.

Shults and Sully joined the military when it was still the dominant career path for aspiring pilots. Shults was one of the Navy’s first female fighter pilots and flew the F/A-18 Hornet before leaving in 1993. Sullenberger flew the Air Force’s F-4 Phantom II before leaving for Pacific Southwest Airlines in 1980.

Veterans like Shults and Sully are becoming increasingly rare in commercial aviation, and their numbers are set to fall further. Pilots with experience in the Air Force, Navy or Army skew far older than their civilian-trained counterparts, and thus will be hitting 65 — the mandatory retirement age for commercial pilots — sooner and in larger numbers.

Military pilots often spend their 20s and sometimes 30s in the service, but they’re underrepresented even in the 35-50 age ranges.

Shults is 56. Sullenberger was 57 when US Airways Flight 1549 splashed down between New York City and New Jersey after losing power in both engines. He’s now 67.

Lifeblood of the airline industry

Military pilots were the lifeblood of the airline industry as it grew, along with Americans’ appetite for travel, in the post-World War II era.

“The military was considered the primary method of gaining flight experience for a later career at the airlines,” said Louis Smith, president of FAPA.aero, a pilot-focused career consultancy.

Airlines preferred military pilots for many of the same reasons as today.

The services recruit the best prospects they can find and vet them with care — which makes pilots’ extensive background checks far easier for their future employers. The military’s rigorous training weeds out all but the most promising candidates. Of more than 90 recruits in Smith’s class, fewer than 50 made it through.

Plus, military pilots get hands-on experience and additional training, often above and beyond what’s required of their civilian counterparts.

Taken together, that amounted to a major subsidy for major carriers, Smith said.

It costs $11 million to train a fighter pilot on the latest hardware, Air Force Lt. Gen. Gina Grosso, deputy chief of staff for manpower and personnel services, said last year. The cost would be somewhat lower for other classes of pilot and other military services.

The military has grown increasingly reluctant to let these multimillion-dollar investments walk off into the private sector after a few years.

In the late 1960s, Air Force pilots were required to serve four years after getting their pilots’ wings. That number is now 10 years, and the military has tried to get pilots to stay even longer through aggressive bonuses as high as $455,000 for an extra 13-year commitment.

The change has drastically reduced turnover and the number of new pilots being trained: One pilot serving 10 years now does the work of 2.5 pilots serving four years each.

It also deters some aspiring pilots who saw a four-year commitment as a viable alternative to flight school but weren’t willing to commit to 10 years of flying, after a year or more of training.

Now, most pilots are choosing a civilian education even though flight-time requirements for commercial co-pilots have climbed to 1,500 hours from 250. It can cost as much as $300,000 to attend a private, four-year aviation university, Smith said. But the returns are immediate: Entry-level co-pilots earn $30,000 to $50,000 a year, and veterans at major carriers can earn $300,000 or more.

The private sector still wants military-trained pilots, and it has moved to accommodate longer military service periods. Carriers that in the 1970s refused to hire anyone older than 29 now will hire pilots of any age, Smith said.

That means military pilots can accept their hefty retention bonuses, serve a full 20 years in the military and secure their pension, then move on to the private sector and put in 25 years before retirement.

An annual average of about 2,400 trained pilots a year left the military between fiscal years 2001 and 2012, according to the Government Accountability Office.

That isn’t enough to fill commercial cockpits. Big airlines hired about 5,000 pilots last year, to say nothing of regional carriers and freight operations.

Smith’s surveys show that Delta Air Lines, where veterans made up 98% of incoming pilots just 20 years ago, now gets less than half its new hires from the armed services.

At the same time, the Air Force is facing its own pilot shortage. Despite a generous bonus system, 21% of Air Force fighter-pilot positions stood vacant in 2016.

The dynamics that drove the industry’s shift from a haven for ex-military pilots to one dominated by civilians will only accelerate. On top of everything else, the onrushing wave of forced retirements will necessitate more new hires, and there will be fewer veterans available to fill them.

This generation of fighter pilots-turned-commercial heroes are on their way out, and there won’t be many coming in to replace them. Sullenberger hit the mandatory retirement age a couple of years ago, and in less than a decade, Shults, too, will pass age 65 and be forced to retire.

What are some wars in history that are just and some that are unjust? Please state examples.

What are the different types of brake fluid?

What is a LUN and why do we need one?

It’s Lamar Jackson’s business how he spends his money

Name Meaning, What does Sabrina mean?

Spruce Goose: Where Is It Now?

Nolte: Four Reasons Why Separating Border Children Is the Only Humane Choice

How to Critique a Speech

This Is What You Are Trophy in Warframe