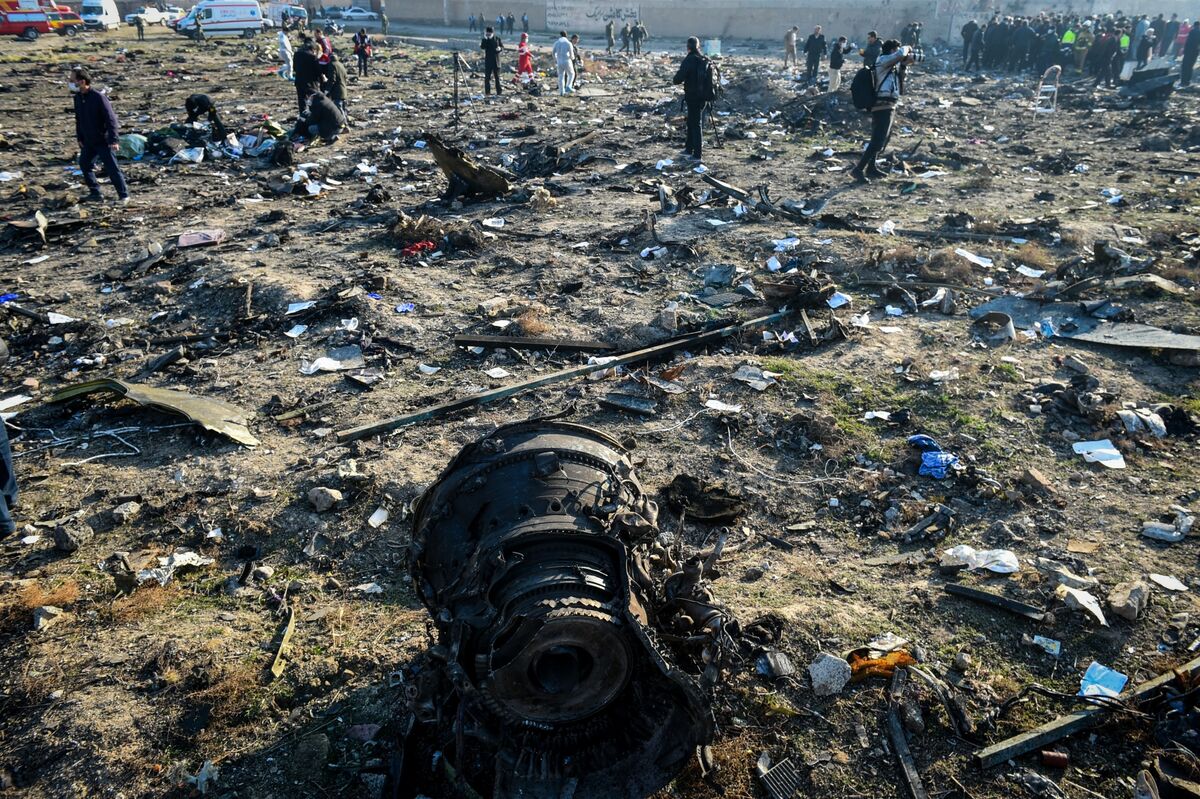 Ukraine has concluded that either a missile or terrorist act is responsible for the crash of one of its jetliners in Iran.

The Security Service of Ukraine said in a statement posted on its website Friday that its chief, Ivan Bakanov, had convened a meeting of a special working group on Wednesday’s crash of Ukraine International Airlines Flight 752.

“The SBU is considering two priority versions of the reasons that led to the plane crash,” the service said in the statement. “The first — a missile hit — the second, a terrorist attack.”

The three-year-old Boeing 737-800 crashed shortly after takeoff from Tehran, killing all 176 aboard. The security agency said it would carefully analyze the evidence before drawing a final conclusion based on “objective, verified information.”

The leaders of Canada, the U.K. and Australia have all said the evidence points in the direction of a a missile launched from Iran, possibly in error.

“We do believe that it’s likely that that plane was shot down by an Iranian missile,” U.S. Secretary of State Michael Pompeo said Friday in a briefing. “We are going to let the inquiry play out before we make a final determination.”

Earlier Friday, Iran denied that it had fired a missile at the plane and accused western governments of “psychological warfare.”

“If they are certain and have the courage, they should share any finding that has scientific and technical backing,” Ali Abedzadeh, head of Iran’s Civil Aviation Organization, said in a televised briefing Friday.

Citing a source it didn’t name, Fars says the cause of crash will be announced on Saturday after a meeting between Iranian and foreign officials where they will review the initial crash report.

Abedzadeh’s comments intensify a standoff over the crash that occurred hours after Iran struck U.S. bases in Iraq in response to the killing of a top Iranian general last week. People familiar with the intelligence, speaking on the condition of anonymity, said two surface-to-air missile launches were detected soon after the Ukrainian jet took off, followed by an explosion.

Investigations into civil air disasters typically involve cooperation among manufacturers, regulators, the airline and the country where the crash happened. The U.S., Canada and France have now agreed to join the probe, after Ukraine sent experts to the scene, the state-run Islamic Republic News Agency reported.

A section of fuselage from Ukraine International Airlines Flight 752, near Shahedshahr, Iran, on Jan. 8.

“Ukraine is not throwing away any explanations. We want to set up an international coalition that will investigate,” Prystaiko said.

Ukraine’s experts got access to the black boxes, bodies and the plane debris, though some parts were still missing, Prystaiko told journalists in the Ukrainian capital, Kyiv. He added there is no reason to say that Iran authorities aren’t cooperating with Ukraine.

Treasury Secretary Steven Mnuchin said the U.S. would issue waivers from the economic sanctions against Iran to let investigators participate in the probe.

“The Treasury will issue waivers for anybody, whether it’s Americans or others, that can help facilitate the investigation,” Mnuchin said at a White House news conference Friday.

Iran indicated it won’t seek American assistance with decoding the 737-800’s black boxes and will turn to Russia, Ukraine, France or Canada if it needs aid extracting data. Raising concern that the investigation might be compromised, a CBS News crew found the impact site unguarded and unsecured, with virtually all pieces of the plane cleared away and scavengers picking through the remaining debris.

Iran notified the International Civil Aviation Organization, an arm of the United Nations, about the crash, triggering the involvement of other nations in the investigation. Ukraine sent 45 people, including experts who helped probe the missile strike that downed as Malaysia Air jet in 2014.

It’s still not clear whether the U.S. National Transportation Safety Board will send a representative even with the waiver from Treasury. The agency said on Thursday night that it had “designated an accredited representative to the investigation of the crash.”

Flight recorders from Flight 752 recovered from the crash site.

The jet’s flight-data and cockpit-voice recorders was to be examined Friday in Tehran, Abedzadeh said, adding that all claims should be regarded as conjecture until information is retrieved. Hours after the tragedy, Iran claimed that a technical error most likely caused the crash.

Hamid Baeidinejad, the Iranian ambassador in London, said in a briefing that Tehran was “very disappointed” that governments including the U.K. were “rushing to judgment” without any hard evidence. He, too, said no missile had been fired and denied that the crash area had been razed.

Before it’s here, it’s on the Bloomberg Terminal.

Why Does Healing Take Longer as I Age?

Applying for Benefits | How to Get Help

How Do I Connect My Tablet to My TV? Let Me Count the Ways…

How Do I Love Thee? Poem by Elizabeth Barrett Browning

admin - January 15, 2020 0
Noel King talks to Niha Masih of The Washington Post about the "unbearable levels" of air pollution in northern India, and the negative effects on people's health and the economy. NOEL KING, HOST: Officials in India's capital, New Delhi, have declared a public health emergency. The problem is severe pollution. The city's chief minister called…