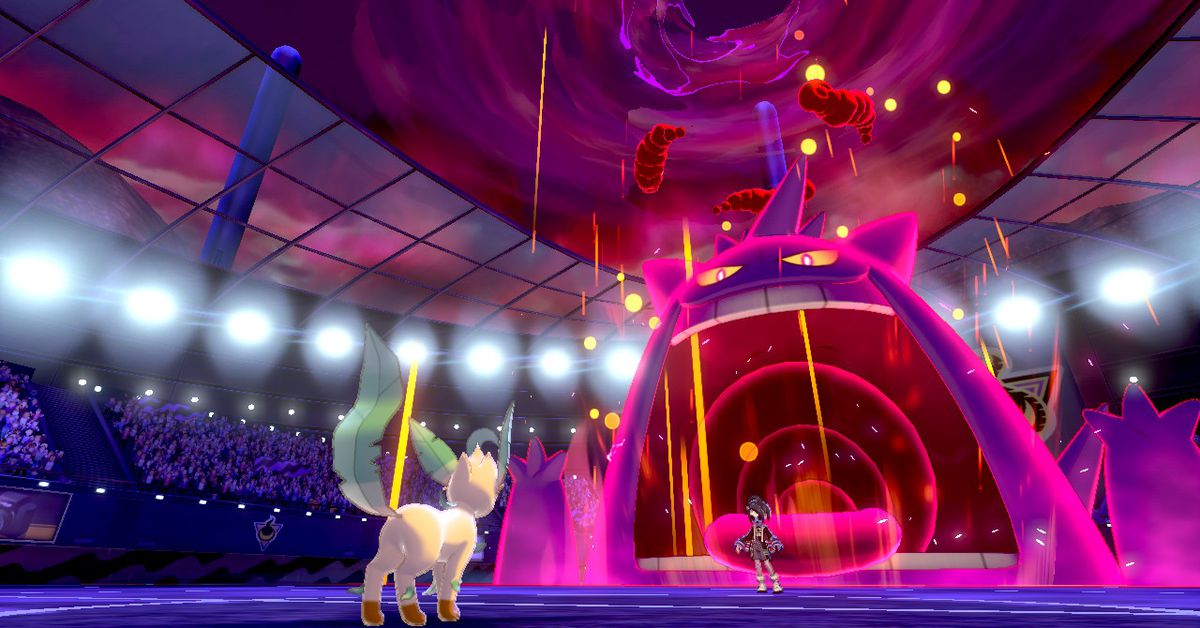 The big difference between your regular Pokémon and Dynamax Pokémon is size and stats. When Dynamaxed, Pokémon are huge and have new moves called Max Moves. (Max Moves change according to a Pokémon’s type.) Stats are increased, too.

Like the Dynamax Pokémon, Gigantamax Pokémon are also very large — but they come with distinct visual changes, too. And that’s why not all Pokémon can Gigantamax. These Pokémon will also be more powerful than Dynamax Pokémon; instead of Max Moves, they have G-Max moves.

Here are the Pokémon that have Gigantamax forms:

How do I get a Gigantamax Pokémon?

Unfortunately, it’s not as easy as just catching one of the listed Pokémon — not all Pokémon of a certain species can Gigantamax. Unless you got your Pokémon through a gift or an event, like Eevee, Pikachu, or Meowth, you’ve got to catch them in Max Raid Battles. To put it simply: the Pokémon you caught randomly in the Galar region won’t Gigantamax.

They’re rare, but developer Game Freak does have some events planned to make certain Pokémon less rare for a time. Until early January, for instance, players have a slightly higher chance of encountering Gigantamax Butterfree in Max Raid Battles across the game’s Wild Area. Gigantamax battles will change over time, Game Freak said, meaning your chances of catching them will, too.

How to Make Your Book Spectacular — Mixbook Inspiration

The Whole Child – For Parents

Hey Bernie: Why Does Your ‘Democratic Socialism’ Look So Much Like Lenin’s Communism?

What is Assertiveness and Why be Assertive?

Austin celebrates Hi, How Are You? Day with concert

admin - January 25, 2020 0
Austin celebrated the third Hi, How Are You? Day with a concert headlined by Cage the Elephant on Wednesday. The event was held in honor of late Austin-based artist and musician Daniel Johnston to raise awareness for mental health. The first Hi, How Are You? Day was held on Jan. 22, 2018, Johnston’s birthday, and…