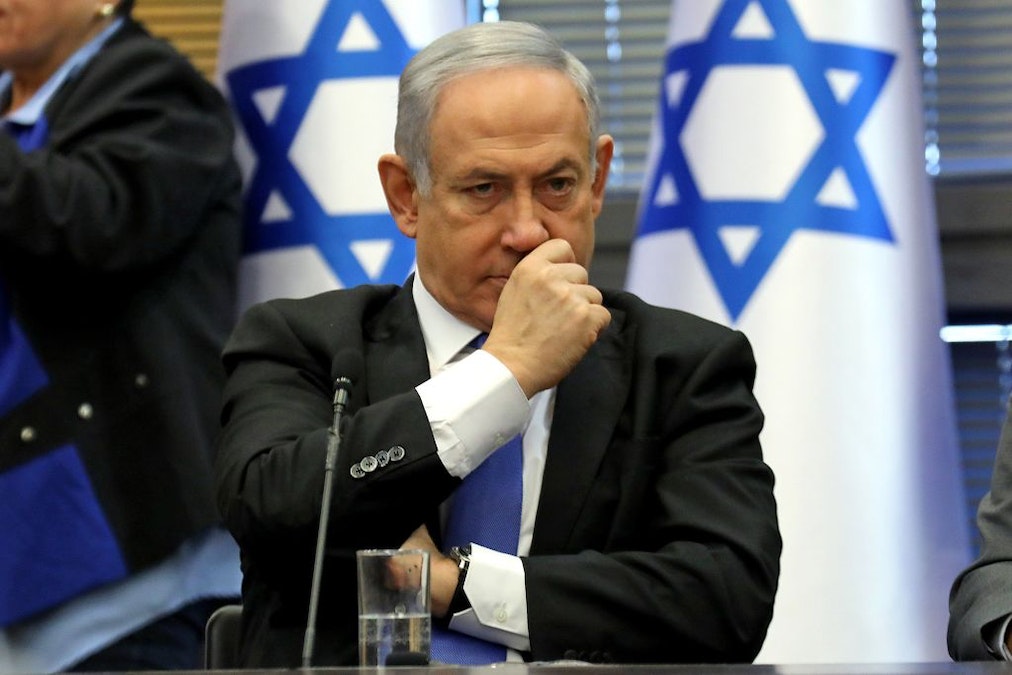 On Wednesday night, a rocket launched from Gaza seemingly targeted Israeli Prime minister Benjamin Netanyahu while he was speaking at a Likud primaries conference in Ashkelon, Israel. Netanayu was taken off the stage to a bomb shelter, but returned later to speak to attendees, where he told them, “The last terrorist who ordered the rocket fire toward Ashdod when I was there is not with us anymore; the one that ordered this attack should pack his bags quickly.”

The Jerusalem Post reported, “A similar incident happened in Ashdod in September when rocket sirens were fired as Netanyahu held a campaign event in the city … Gazan reports indicated that Palestinian Islamic Jihad (PIJ) leader Khalil Batanai is the one behind the rocket fire on Wednesday night, according to Channel 12. The rocket fire in September was ordered by former PIJ official Baha Abu Al Ata, who was assassinated in November.”

Blue and White leader Benny Gantz, Netanyahu’s chief opponent for the position of prime minister, took advantage of the rocket attack to attack Netanyahu, tweeting, “The situation in which the citizens of Israel are given to the grace of terrorists and the prime minister of the Israeli government can’t tour part of his country is a badge of shame for the security policies in the south and the loss of deterrence that no sovereign state can allow. We will flip the government, change the policies and return the deterrence and quiet to the residents of the south.”

Ashkelon is only 26 miles from Gaza. The Washington Post reported last May, “ … experts who track the weapons arsenals of Hamas and Islamic Jihad estimate that they have managed to stockpile between 5,000 and 20,000 rockets. Over the weekend, the militant groups fired a tiny fraction of them toward Israel — nearly 700 rockets and mortars, according to the Israeli military — and the unusually ferocious barrage at times overwhelmed Israeli air defenses. The key to the weapons’ effectiveness is not their sophistication in terms of range or precision but just the opposite. Many of the rockets are so cheap and easy to manufacture, in some cases requiring little more than metal casing and an explosive, that the groups have been able to accumulate them in significant numbers.”

Boaz Ganor, director of the International Institute for Counter-Terrorism, commented, “When it’s not a precise missile, it’s quite easy to prepare a rocket if you don’t really care where it’s going to fall.” Last May four Israelis died under rocket fire from Gaza, the Post noted. A rocket that hit Tel Aviv last March had a range of 75 miles. Hamas has been manufacturing rockets in Gaza since 2001, during the Second Intifada, when a bloody rampage by Palestinians that included myriad bombings that murdered hundreds of Israelis.

After the rockets last May, former ambassador of Israel to the United States Michael Oren stated, “Hamas must go. Right after our holidays and Eurovision, Israel must evict Hamas from Gaza. The U.S. should back us militarily and diplomatically and, together with Arab states, commit to Gaza’s renewal.”

What are my options? | NAI: Network Advertising Initiative

Why Does My Leg Hurt

The Particle Adventure | What holds it together?

Poll: What Is Your Favorite Christmas Movie?

How Do Streets Get Named?

admin - January 13, 2020 0
ttp://www.destination360.com/"http://www.w3.org/TR/REC-html40/loose.dtd"> The Black Forest The name of what is arguably the greatest forests of Germany—the Black Forest—often conjures up images of a dark, sinister place. Don't let the name fool you. The Black Forest in Germany is one of the best places you can go to explore some of the natural beauty…